Odd-Even: An initiation for pollution control in Delhi

by DP Teams
in Uncategorized
0

The pollution level of Delhi NCR has touched the three years highest peak. In a bid to control the deteriorating air quality; Delhi CM Mr. Arvind Kejriwal has started the third round of odd-even in the capital. Mr. CM has called it a successful start as only 192 traffic challans were issued on the very first day of the odd-even scheme.

The scheme applies from 4th November to 15 November where Sundays are being excluded from it. The odd-even system will be implemented on all the four vehicles running in Delhi between 8 am to 8 pm. The main aim of bringing this scheme under regulation is to curb the domestic carbon emission.

Read More :- 10 Best Gyms in Delhi You need To Know

Citing burden on the public transport two-wheelers and school transport vehicles are strictly exempted from the drive. A total of 29 vehicle categories including vehicles of President, Prime Minister, emergency, Army, Union Cabinet Minister, and enforcement vehicles, etc. are being excluded from this. 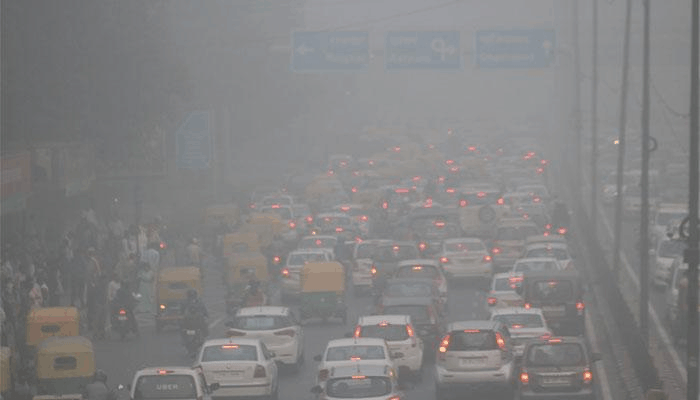 Delhi Chief Minister Mr. Arvind Kejriwal has urged every citizen to strictly follow up the rules of car rationing for the sake of their health and family.

The air quality index has touched the dangerous levels, and this is a higher time we should need to have some strict and quick actions to control it. The current scenario with 625 points has pushed Delhi into the severe plus category where the health risk factor also has been raised to a greater extent now.

One of the best things about the third round of the odd-even scheme is that staggered working hours of offices have been scheduled by the Delhi government to lower down the traffic congestion and pollution in the city. It is a great initiation as it gets harder to pass through the highest traffics during office hours. Working hours of 21 government offices out of 42 are being scheduled to 10:30 am to 7 pm and rest from 9:30 am to 6 pm during the implementation of this odd-even scheme. Moreover, to avoid the chances of any failure; violators will be strictly penalized this time with a fine of Rs. 4000 by enforcement agencies.

The main question arises here is; is it quite enough to lower down the pollution level? Surely it not is, but at least a small initiation holds the capability of turning a lot. As per a survey conducted; thousands of vehicles run on Delhi NCR roads daily. If the number can be reduced about to half; the level of harmful gases in the air can also be reduced to a greater extent. The first day of the 3rd round of odd-even scheme is supposed to be successful as the measured pollution count was much less than it was before another day.

What else’s can more precious than one’s health and their loved ones also? The citizens of Delhi NCR should need to support this initiation as it is getting harder and harder to breathe in such a polluted air each day. Wearing on pollution masks is not quite enough but in fact, we should need to lead with some strict action for the same also. Public transport or vehicle sharing is a great option to choose on for making this campaign successful.

10 Best Gyms in Delhi You need To Know!

No Result
View All Result